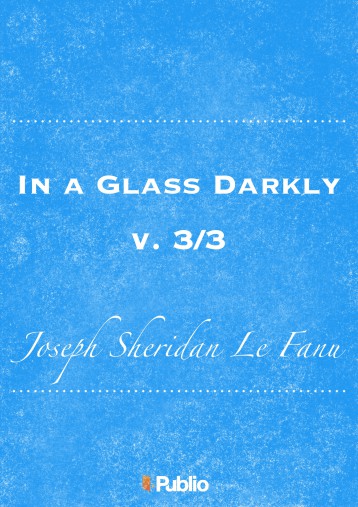 She had scarcely set down my heavy box, which she seemed to have considerable difficulty in raising on the table, when the door of the room in which I had seen the coffin, opened, and a sinister and unexpected apparition entered.

It was the Count de St. Alyre, who had been, as I have told you, reported to me to be, for some considerable time, on his way to Père la Chaise. He stood before me for a moment, with the frame of the doorway and a background of darkness enclosing him, like a portrait. His slight, mean figure was draped in the deepest mourning. He had a pair of black gloves in his hand, and his hat with crape round it.